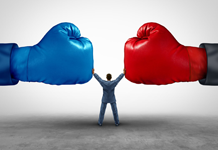 Under Section (3) of the Labour Department Act CAP 23 the Chief Labour Officer is mandated to conciliate in disputes between employers and employees. The process is as follows:

A meeting is convened with the agreement of the employer and Union which is chaired by the Chief Labour Officer or his/her representative, who guides the conciliation.
If attempts at conciliation at this level fail, there is the facility provided for parties to have their matter heard at the next level, conciliated by the Minister of Labour; if the matter remains outstanding it can be referred to the highest level of the Prime Minister, where if efforts at conciliation fail, the parties can, if necessary agree to binding arbitration.

Disputes are referred to the Department for conciliation on such matters as: